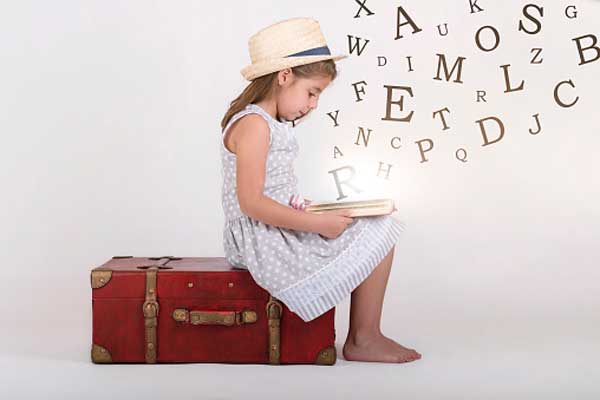 Schofield & Sims author Michael Janes offers some useful tips on how you can use word origins to help build vocabulary and spelling skills, while also giving children a valuable insight into the different influences that have shaped the English language.

Children love codes. They love to play detective, to use invisible ink and secret passwords. What if you were to tell them that there is a secret code that unlocks the meanings and distant origins of words – and, still more intriguing, that the code is accessible to them? Enter: etymology! Sometimes dismissed as the dry preserve of ivory-tower linguists and pub quiz enthusiasts, etymology is a vital resource – the ultraviolet light revealing the invisible ink behind the English language.

Derived from the Greek words etymon (‘true meaning’) and logos (‘word’), etymology is ‘the study of the true meanings of words’. It captures the essence of a word, providing a wondrous window onto its personality. Whereas grammar lectures children on correct usage, etymology regales them with engaging stories that broaden their horizons.

Samuel Johnson defined etymology as ‘the descent or derivation of a word from its original; the deduction of formations from the radical [root] word’. However, he was not fixated on the ‘radical word’: he appreciated the fact that language evolves as our needs change. Many new words come from the names of people or places and these fascinating titbits provide a colourful introduction to the joys of etymology.

Some serve as a history lesson: for example, ‘badminton’ (from Badminton House, where the game was played in the nineteenth century), ‘currant’ (from the ancient Greek city of Corinth, from which this dried fruit was first exported) and ‘biro’ (from a twentieth-century Hungarian journalist – László Biró, inventor of the ballpoint pen).

Many other general words are derived from names: for example, ‘sandwich’ (the Earl of Sandwich), ‘sideburns’ (US general Ambrose Burnside) and ‘boycott’ (Captain Charles Boycott, a widely disliked rent collector in Ireland).

… And all before we’ve dressed in ‘denim’ (Nîmes in France), packed a ‘duffel’ bag (Duffel in Belgium) or eaten a ‘hamburger’ (Hamburg in Germany)! These origins are not trivia, based on mere conjecture: they are facts that enliven language and invest the learning process with a sense of wonder.

About two-thirds of English words come from Latin or Greek. Knowing the meaning of the underlying Latin and Greek words helps children to understand better the meanings of many English words.

At its best, etymology can both reinforce children’s knowledge and reveal patterns of meaning in related words, helping to build their vocabulary. A captivating word from Greek is ‘hippopotamus’:  the striking image of the hippos ‘horse’ of the potamos ‘river’ helps children to remember its semiaquatic habits. Adding ‘hippodrome’ to the vocabulary is simple – ‘place for racing horses’.

Knowing that Greek khloros means ‘green’ and phyllon ‘leaf’ reminds children that ‘chlorophyll’ makes leaves green – the clue is in the word itself. Other words with interesting Latin or Greek etymologies include ‘cenotaph’ (kenos and taphos – ‘empty tomb’), ‘equinox’ (aequi- and nox – ‘equal night’) and ‘kaleidoscope’ (kalos, eidos and skopein – ‘look at beautiful shape’).

Etymology also helps with spelling and pronunciation. In ‘chlorophyll’, ‘ch’ comes from the Greek letter Χ (chi, pronounced ‘kai’) and ‘ph’ from the Greek letter Φ (phi, pronounced ‘fai’). The spelling of many abbreviations reflects the full form of a Latin word, for example ‘lb’ (libra ‘pound’) and ‘a.m.’ and ‘p.m.’ (ante and post meridiem ‘before and after midday’).

Almost every language has left its mark on English. Children’s vocabulary will quickly widen when they discover the enthralling etymologies of words such as the Hindi ‘guru’, Persian ‘checkmate’, Arabic ‘monsoon’ and Spanish ‘patio’. Even more captivating are those words that originate in one language but enter English from another (for example ‘cabbage’ from French caboche, derived from Latin caput ‘head’).

Examples such as these give children an inspiring glimpse into the cauldron of influences that make English what it is. Yet further wonder is captured in words where the etymology is unknown. Words like ‘conundrum’, ’muffin’ and ‘quiz’ and expressions like ‘the full monty’ and ‘OK’ still puzzle etymologists, who continue to develop absorbing theories concerning their origins. Even Samuel Johnson could be baffled: when defining the (now rare) word ‘tatterdemalion’ – a ragged person – he wrote that it came from ‘“tatter” and I know not what’!  To appreciate etymology is to view language as a living entity that continues to surprise and astonish.

Michael Janes has written eleven dictionaries, one of which won the English-Speaking Union Duke of Edinburgh Book Award in 2003. His most recent dictionary is The Complete Primary Dictionary (Schofield & Sims, 2016).