skip to main content
Free UK delivery on all orders over £30
Reduced prices for teachers and tutors
Home » About us » Blog » National Poetry Day 2017: A Time to be Free... 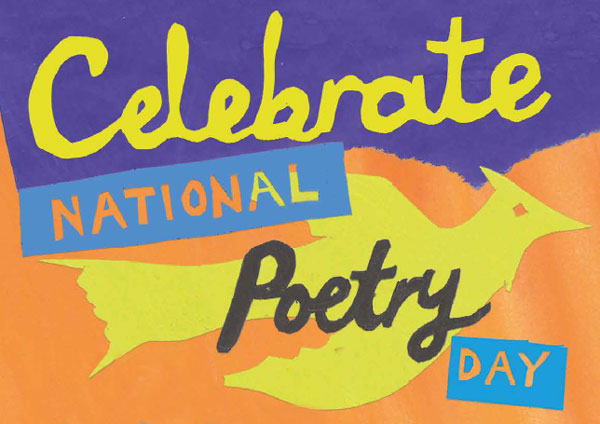 Discover poems from the Schofield & Sims A Time to Speak and a Time to Listen poetry anthology that fit with this year's National Poetry Day theme, with suggestions for discussions and poetry writing ideas.

Freedom can be seen as a basic human right, but none of us is wholly free all the time. We may be prisoners of fate or illness; of commitments to others; of the school classroom or the workplace; of our own conscience or as a result of our own misdeeds. But why all this interest in the concept of freedom? Well, that’s because Freedom is the theme of this year's National Poetry Day on 28th September.

To help you celebrate National Poetry day, author and poet Celia Warren has identified several poems in the Schofield & Sims poetry anthology, A Time to Speak and a Time to Listen, that talk about freedom and/or its absence. Below are some suggested questions to help you read and discuss the poems, and maybe even inspire children to write a poem of their own. You can find each poem easily as the numbers in brackets after each poem tell you which of the 100 poems in the anthology it is.

1. Explore how a lack of freedom – including freedom of choice – can highlight the benefits of being free.

Read: A Final Appointment by Eric Finney (4) and The Tree and the Pool by Brian Patten (100).

In the first poem, the character Adbul tries to exercise his freedom. What does he try to avoid, only to walk straight into it? In the second poem, many different characters find their plans and wishes thwarted... by what?

2. Consider how we often more free than we think. All that holds us back is our own fear or lack of belief in ourselves. Imagine if you believed in yourself, believed that there was nothing you couldn't do. How much might you achieve in your life?

Read: Target by Rachel Rooney (25) and Taking a Chance by Roger Stevens (51).

Make a list of some things that you could aim for. How can you make yourself free to follow your hopes, aspirations, desires? What can you change to make better use of your free time?

3. Much of our lives we spend rushing... to catch a bus, to be on time for school, to buy something before the shops close. Sometimes it is helpful to free our minds of clutter and stress, and relax. Even sitting on a stationary train and looking and listening through the window (or in a traffic jam on a motorway) we can experience freedom beyond us. Stopping to look and listen at any time is worthwhile.

Read: Adlestrop by Edward Thomas (99), where the speaker, trapped on a train, becomes aware of the birds' freedom. Then read Leisure by W H Davies (17) and Daffodils by William Wordsworth (43), followed by Dandelion Time by Sue Cowling (61) and Where Go the Boats? by Robert Louis Stevenson (71).

Think of a place where you like to go to relax. Make notes of some of the sounds you can hear, sights you can see, smells you're aware off. Now try and turn those images into a short poem about freedom. Try to convey the idea of being free (like dandelion seeds flying freely by, or hearing birdsong), but without using the words 'free' or 'freedom'.

4. Imagine not being free to walk out of your own front door. Imagine having no choices in your life. If we enjoy freedom and want it for ourselves, is it right to take freedom away from others?

Discuss what the first couplet from this extract means. Does the reference to 'Heaven' suggest that capturing a wild songbird is an outrage to goodness? Would you make a distinction between wild songbird and birds that are bead in captivity? Have a go at writing a couplet of your own drawing on examples cruelty to animals in the past (e.g. collecting butterflies on pins) or recent cases that you have seen in the news (e.g. illegal dog fights).

5. Should cruel, aggressive tyrants be stopped at any cost? How or in what ways does a playground fight differ from a world war? Is there any moral difference between the two?

Consider why the speaker's Dad seemed to have mixed feelings over fighting. What sort of things could make a peaceful person change their mind over fighting or warfare? Is war a necessary evil to keep peace and freedom, or is there no freedom worth fighting for, beyond the use of words and argument? What sort of fight might the speaker's Dad have been thinking of when he told his son 'It isn't right to fight'?

If you have the chance to look at these poems and ideas before National Poetry Day, think about creating an assembly for the rest of your school, with the theme of Freedom in Poetry.

Celia Warren is a poet and writer of educational materials for children. Her poems and stories have appeared in hundreds of anthologies, and she is a frequent contributor to BBC Television and Radio. She has written a number of books for Schofield & Sims, including the best-selling series KS2 Comprehension and A Time to Speak - an illustrated poetry anthology for children and young adults, complete with accompanying Teacher’s Guide.